In this section we encounter two very important classes of compounds: acids and bases. Acids were first associated with the sour taste of citrus fruits. In fact, the word acid comes from the Latin word acidus, which means “sour.” Vinegar tastes sour because it is a dilute solution of acetic acid; citric acid is responsible for the sour taste of a lemon. Bases, sometimes called alkalis, are characterized by their bitter taste and slippery feel, like wet soap. Most commercial preparations for unclogging drains are highly basic.


Acids have been known for hundreds of years. For example, the mineral acids sulfuric acid, H2SO4, and nitric acid, HNO3, so named because they were originally obtained by the treatment of minerals, were discovered around 1300. However, it was not until the late 1800s that the essential nature of acids was discovered by Svante Arrhenius, then a Swedish graduate student in physics. 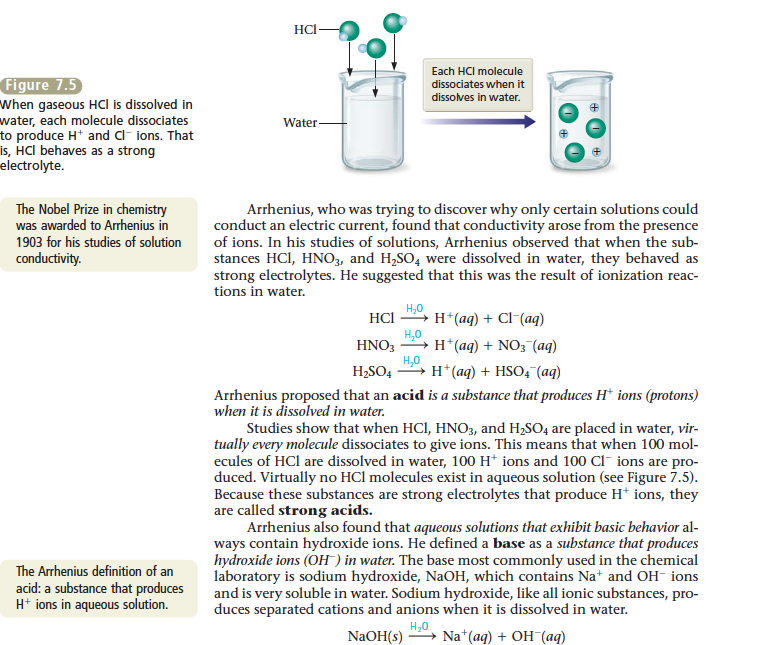 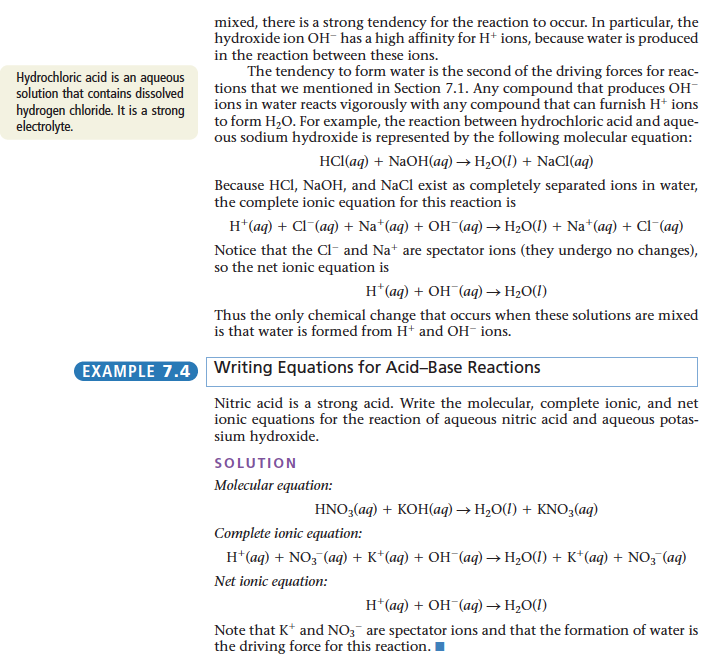 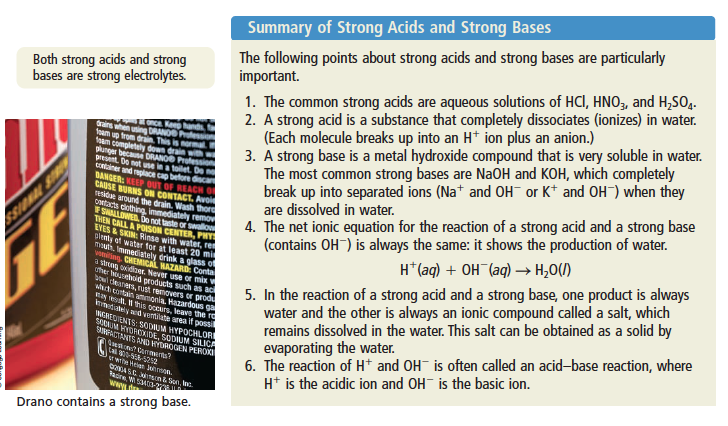