OBJECTIVE: To learn to predict molecular geometry from the number of electron pairs.
Many experimental methods now exist for determining the molecular structure of a molecule—that is, the three-dimensional arrangement of the atoms. These methods must be used when accurate information about the structure is required. However, it is often useful to be able to predict the approximate molecular structure of a molecule. In this section we consider a simple model that allows us to do this. This model, called the valence shell electron pair repulsion (VSEPR) model, is useful for predicting the molecular structures of molecules formed from nonmetals. The main idea of this model is that the structure around a given atom is determined by minimizing repulsions between electron pairs. This means that the bonding and nonbonding electron pairs (lone pairs) around a given atom are positioned as far apart as possible.
To see how this model works, we will first consider the molecule BeCl2, which has the following Lewis structure (it is an exception to the octet rule):

This is the maximum possible separation for two electron pairs. Now that we have determined the optimal arrangement of the electron pairs around the central atom, we can specify the molecular structure of BeCl2—that is, the positions of the atoms. Because each electron pair on beryllium is shared with a chlorine atom, the molecule has a linear structure with a 180° bond angle.

Whenever two pairs of electrons are present around an atom, they should always be placed at an angle of 180 to each other to give a linear arrangement.

Next let’s consider BF3, which has the following Lewis structure (it is an- other exception to the octet rule): 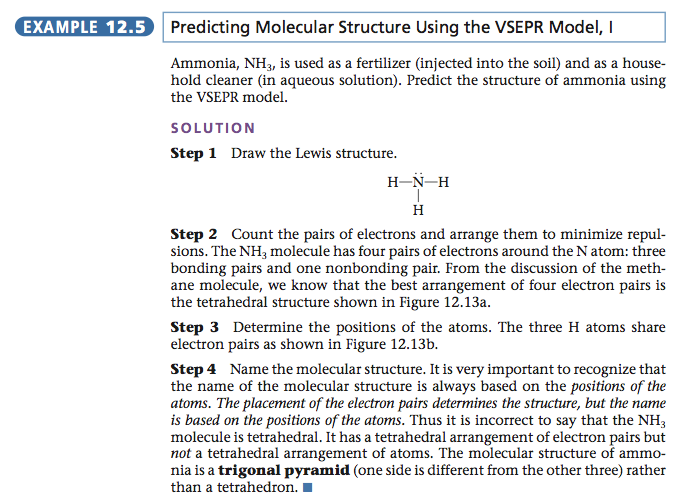 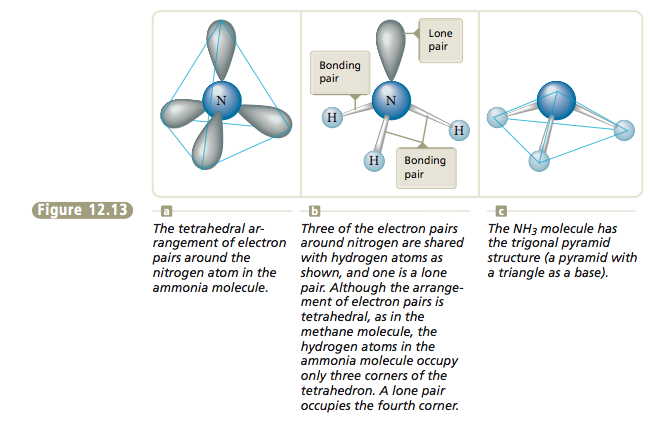 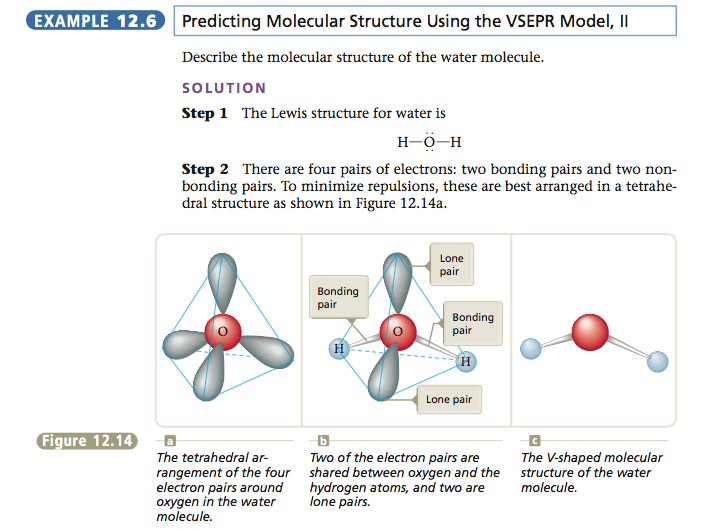 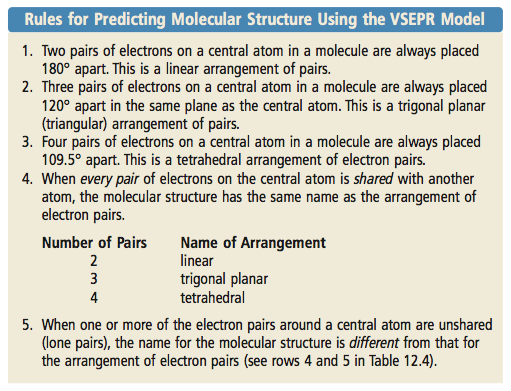