OBJECTIVE: To lean about the electron configurations of atoms with Z greater than 18.
In the previous section we saw that we can describe the atoms beyond hydrogen by simply filling the atomic orbitals starting with level n = 1 and working outward in order. This works fine until we reach the element potassium (Z = 19), which is the next element after argon. Because the 3p orbitals are fully occupied in argon, we might expect the next electron to go into a 3d orbital (recall that for n = 3 the sublevels are 3s, 3p, and 3d ). However, ex- periments show that the chemical properties of potassium are very similar to those of lithium and sodium. Because we have learned to associate similar chemical properties with similar valence-electron arrangements, we predict that the valence-electron configuration for potassium is 4s^1, resembling sodium (3s1) and lithium (2s1). That is, we expect the last electron in potas- sium to occupy the 4s orbital instead of one of the 3d orbitals. This means that principal energy level 4 begins to fill before level 3 has been completed. This conclusion is confirmed by many types of experiments.

So the electron configuration of potassium is

The next element is calcium, with an additional electron that also occupies the 4s orbital.

The 4s orbital is now full.
After calcium the next electrons go into the 3d orbitals to complete principal energy level 3. The elements that correspond to filling the 3d or- bitals are called transition metals. Then the 4p orbitals fill. Figure 11.30 gives partial electron configurations for the elements potassium through krypton.

Note from Figure 11.30 that all of the transition metals have the general configuration [Ar]4s^2 3d^n except chromium (4s^1 3d^5) and copper (4s^1 3d^10). The reasons for these exceptions are complex and will not be discussed here.

Instead of continuing to consider the elements individually, we will now look at the overall relationship between the periodic table and orbital filling. Figure 11.31 shows which type of orbital is filling in each area of the periodic table. Note the points in the box below. 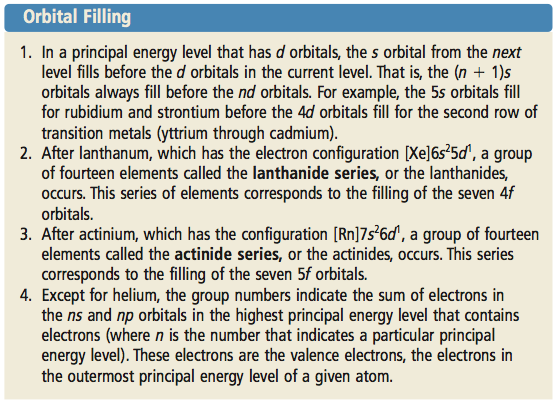 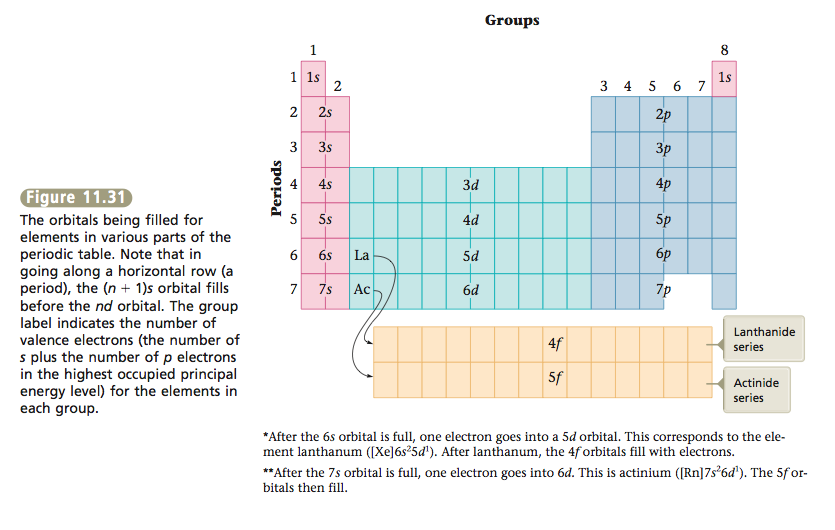 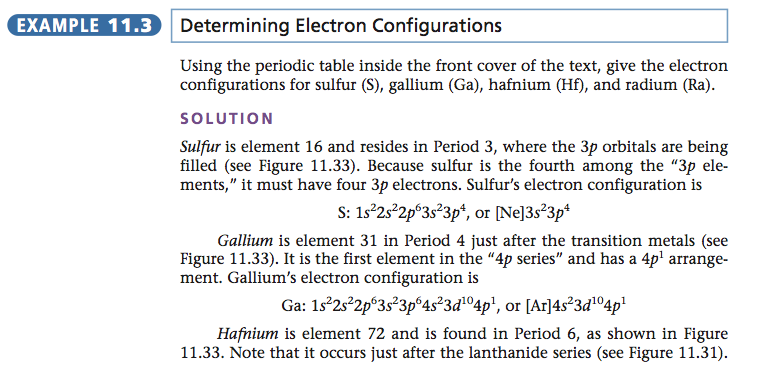 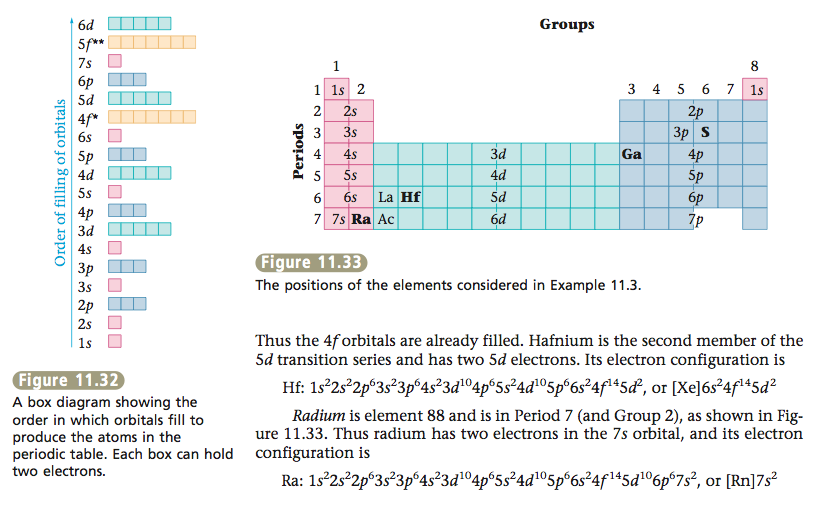 You can go here. It could help improve your understanding on electron configuration.
Games

You can go here to play an online game if you need any extra help.