So far we have started with the chemical formula of a compound and decided on its systematic name. Being able to reverse the process is also important. Often a laboratory procedure describes a compound by name, but the label on the bottle in the lab shows only the formula of the chemical it contains. It is essential that you are able to get the formula of a compound from its name. In fact, you already know enough about compounds to do this. For example, given the name calcium hydroxide, you can write the formula as Ca(OH)2 because you know that calcium forms only Ca2+ ions and that, since hydroxide is OH-, two of these anions are required to give a neutral compound. Similarly, the name iron(II) oxide implies the formula FeO, because the Roman numeral II indicates the presence of the cation Fe2+ and the oxide ion is O2-. 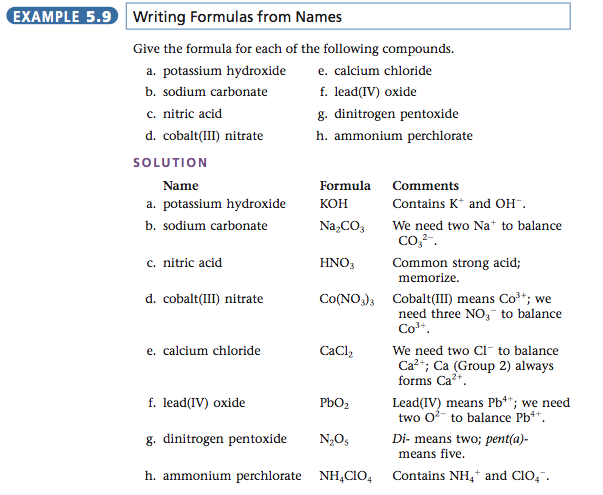 If you need anymore help, visit this link here.