OBJECTIVE: To learn to name binary compounds of a metal and a nonmetal.

For example, the compound NaI is called sodium iodide. It contains Na+ (the sodium cation, named for the parent metal) and I- (iodide: the root of iodine plus -ide). Similarly, the compound CaO is called calcium oxide because it contains Ca2+ (the calcium cation) and O2- (the oxide anion).

The rules for naming binary compounds are also illustrated by the following examples: 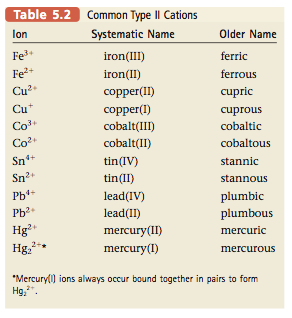