OBJECTIVES: To learn about ionic structures. To understand factors governing ionic size.
The structures of virtually all binary ionic compounds can be explained by a model that involves packing the ions as though they were hard spheres. The larger spheres (usually the anions) are packed together, and the small ions occupy the interstices (spaces or holes) among them.

To understand the packing of ions it helps to realize that a cation is always smaller than the parent atom, and an anion is always larger than the parent atom. This makes sense because when a metal loses all of its valence electrons to form a cation, it gets much smaller. On the other hand, in forming an anion, a nonmetal gains enough electrons to achieve the next noble gas electron configuration and so becomes much larger. The relative sizes of the Group 1 and Group 7 atoms and their ions are shown in Figure 12.9. 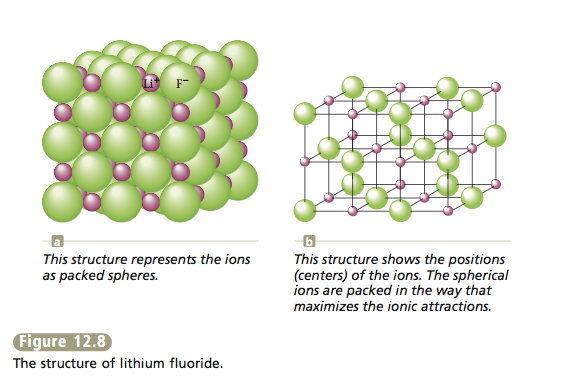 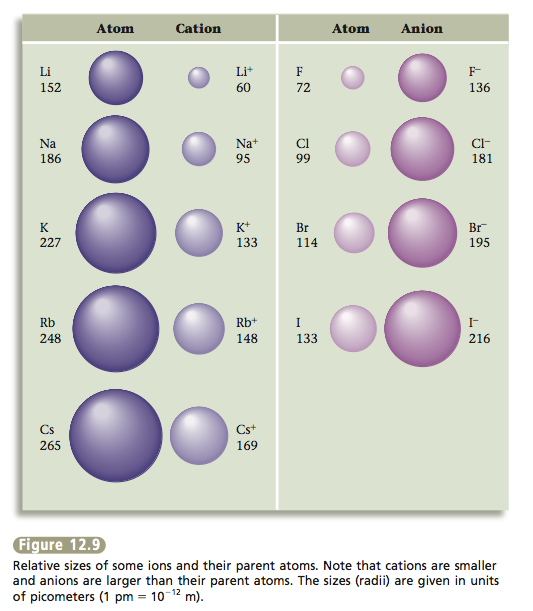